Warning: "continue" targeting switch is equivalent to "break". Did you mean to use "continue 2"? in /nfs/c10/h15/mnt/142617/domains/dev.trustcentral.com/html/wp-includes/pomo/plural-forms.php on line 210
 About Mac Graham – TrustCentral
Skip to content 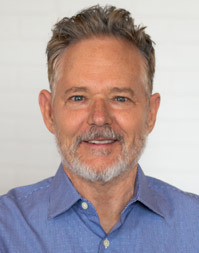 Mac has been involved in the creative end of finance and technology. The first software application that he designed and developed was “RightRoute,” a telecommunications network optimization software application designed, developed and then sold to a public Corporation in 1990. In 1996, he was a co-founder of InnTechnology, Inc., which designed and developed a unique network printing solution for hotel guest rooms (e.g., the Venetian Hotel in Las Vegas and many others). The system provided in-room printer/copier/fax machines and printed hotel bills in guest rooms in addition to monitoring in-room guest printing, copying and faxing while posting charges to guest accounts. Mac conceived of and designed a unique and sophisticated financial-deal-structuring software application for Waterfall-IRR Corporation (which he founded) and was acquired Intuit Corporation in 2008.